According to the American Foundation for Suicide Prevention, 48.3k people successfully killed themselves in 2018, and this was out of 1.4 million attempts, making suicide the tenth most prevalent cause of death. Each day over 130 Americans take their own lives. Setting aside the nearly $69 billion cost in direct medical expenses and work-loss issues ($1.4 million per death), the devastation to each of those families is immeasurable.

Mental Health America, a 110-year old advocacy group offering anonymous online screenings, reported a 4x increase in screenings in May as compared to January. A shocking 42% of respondents exhibited anxiety or depression and a staggering 10% acknowledged that they have considered suicide. Not surprisingly with increased anxiety, social isolation, and for many, crippling economic conditions, the healthcare system is bracing for significant increase in suicide ideation. The act of quarantine has raised real issues of “time distortion” for many, at times equivalent to PTSD symptoms for some. While there is real debate as to the true unemployment rate given data collection issues, the chart below points to the sudden onset of real financial hardship for nearly 20% of working Americans.

Since 2000, the suicide rate increased by approximately 35%. Of particular concern was that the rate spiked in 2008, amidst the Great Recession. Centers for Disease Control and Prevention (CDC) data over the last century (below) points to the collective fears of what the pandemic has unleashed for those most at risk. The prevalence is greater among men than women: 1.5x in the developed countries and 3.5x in developing economies, underscoring the correlation to financial hardship. While suicide tends to skew to older and poorer men, there is considerable alarm about youth suicide which spiked 56% between 2007 – 2017 according to the CDC. In 2017, the second most prevalent cause of death for people between 15 – 24 years of age was suicide (behind accidents). While convenient to point to the increased availability of opioids, access to firearms, and troubling usage of social media, the causes are multifactorial and require significantly more study. 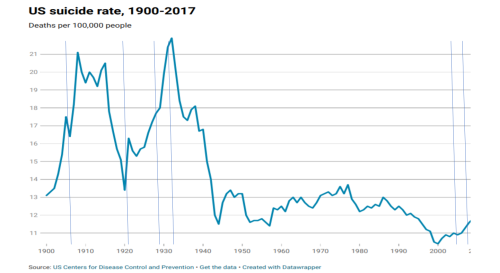 It has become quite apparent that the perception that incidence of suicide spikes around year-end holidays has proven untrue. In fact, suicides tend to peak during the spring season, which has tragically coincided with the onset of the pandemic. Speculation holds that longer days, coupled with seasonal allergies and other upper respiratory diseases which may affect certain areas of the brain, exacerbate existing mood disorders.

A leading researcher in the field of adolescent suicide is Dr. Cheryl King at University of Michigan, who has run multiple clinical studies to identify contributing factors and possible protocols to intervene with youth with suicidal tendencies. Her research has shown 50% – 85% reduction in successful suicide attempts, arguing for more research funding to identify scalable approaches to managing at-risk youths. In 2017, the National Institutes of Health (NIH) funded $6.6 billion in cancer research, yet only $37 million for suicide prevention research. In 2018, the NIH funded a total of 295 research areas with suicide ranked #206; neuroblastoma research is #205 and yet has only 650 new cases annually. Dr. King’s work raises difficult questions as to how the healthcare system perceives the “value of a teen’s life” given the absurd lack of funding. 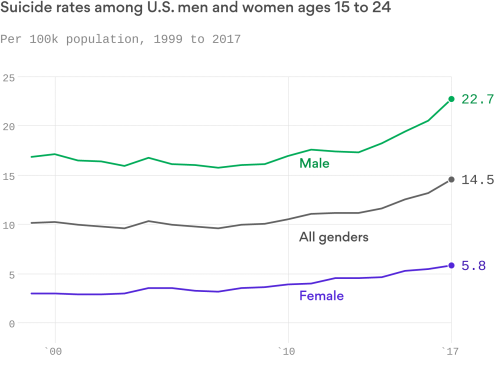 According to a recent Wall Street Journal study, 70% of all suicides in 2017 were white male, 19% were white female, 8% men of color, and less than 3% women of color. Over 56% of male suicide was by firearms, poking at another unfortunately confoundingly controversial topic, which is the ready access to guns. CDC data below from 2015 presents a sampling of suicide data by profession, perhaps suggesting that suicide is materially less prevalent for those with well-paying jobs. While more research is clearly required before declaring a precise causality between income and suicide incidence rates, a relationship most likely exists. 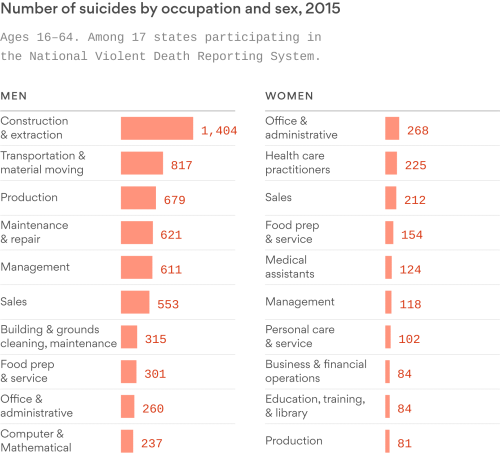 Globally, according to World Health Organization data, every 40 seconds one person commits suicide. In 2015, there were over 828k suicides placing suicide as the tenth leading cause of death. It is estimated that there are between 10 – 20 million suicide attempts each year worldwide. No community is immune to this. For those who have been hospitalized for attempted suicide, nearly 9% will go onto to successfully take their life post-discharge.

Suicide is considered preventable. In addition to a range of more traditional time-tested solutions that exist, such as behavioral health treatments, intervention, reducing access to means of suicide (firearms, drugs), it is clear that technology will likely play an increasingly important role in a coordinated set of treatment protocols. Many of the initial approaches tend to be device-centric: algorithms that review mobility and connectivity data to assess dramatic changes in behavior or that analyze voice patterns or assess radical changes in social media consumption.

While informative, like most diagnostic tools, clinicians will insist on very high and reliable predictive powers to determine the onset of a crisis episode. These initial solutions are not quite there yet. The role of telehealth and how those platforms will be utilized will be important. There is considerable enthusiasm that future iterations of smartphone sensing coupled with powerful AI capabilities, in coordination with other traditional forms of intervention, may create more efficacious suicide prevention tools. 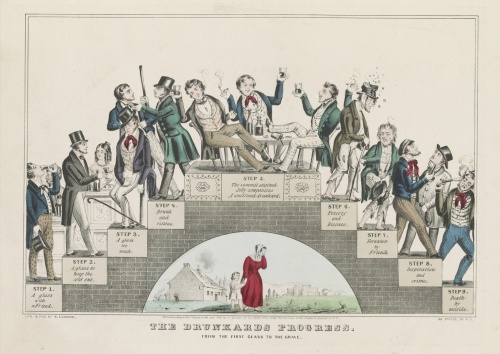 Related topic of substance use disorder was addressed by one of my partners, Dan Gebremedhin, in his recent article for MobiHealthNews.

If you have any thoughts of self-harm or suicide, please pick up the phone right now and call the National Suicide Prevention Hotline at 1-800-273-8255

4 responses to “Life on the Edge…Suicide”