It certainly appears that I missed some extraordinary events while in Peru last week. While every week now feels quite extraordinary, the across-the-board asset price correction was deeply unsettling. Equities plunged into “correction” territory. Investors sought security as government bond prices hit historic highs, driving yields to 0.7%, alongside accelerated withdrawals from riskier high-yield bond funds. Price of gold soared 6.8% just last week alone. OPEC, unable to agree to proposed 4.0% production cuts, saw Brent crude prices drop 9.4% (and another 30% in early-morning trading in Asia!). In light of the unfolding coronavirus crisis, analysts up and down Wall Street were “adjusting” U.S. GDP growth projections. For example, Deutsche Bank revised 1Q and 2Q growth rates from 1.7% and 2.2% to 0.6% and negative 0.6%, respectively; a net 2.8% change in 2Q is staggering. All of this has created volatility not often seen in the capital markets.

One other recent announcement merits highlighting and that is the federal government’s $8.3 billion coronavirus relief package (~$25/person), of which $3.1 billion is for public health and social services. A further $2.2 billion was directed to the Center for Disease Control and Prevention of which $1.0 billion is to go to local facilities and interestingly $0.3 billion was for international needs (more on that shortly). With global reported cases now exceeding 100k and nearly 4k deaths, challenging questions about U.S. preparedness are being pressed. Shockingly, a recently leaked presentation used by the American Hospital Association to prepare for worst case scenarios estimated that there could be as many as 96 million cases of coronavirus with 460k deaths in the U.S. alone.

Peru, a country of 32.8 million people nestled comfortably on 500 million square miles of some of the most staggeringly beautiful vistas in the world, would certainly be runover by a coronavirus outbreak. According to the World Health Organization (2017), Peru spent just 3.7% of its $505 billion in GDP on healthcare, and has run consistently 50% of what most Latin American countries spend. Over half  of the population is indigenous, while 19% of the country is below the poverty level and 79% live in urban settings. Across many of the leading healthcare indicators, Peru compares poorly to its peers. Life expectancy is 77 years (74.5 for men, 80.2 for women), ranking 65th in the world according to the United Nations Population Division (50 years ago, life expectancy was 54 years). The obesity rate is 19.7%, putting it #109 globally (interestingly, Vietnam is #1 with 2.1% while tiny Nauru in the Australian Ocean waddles in last place with 61% of its 13k residents deemed obese).

Today Peru is a democracy spanning across 25 regions. For a dozen years starting in 1980, the country suffered through a terrible period of bloody insurrection led by the Shining Path, a communist organization determined to overthrow the government. The end of the twentieth century also saw periods of hyperinflation, which occasionally reoccur as much of its economy is tied to prices of important commodity exports such copper, gold and zinc. The boom and bust cycles are very evident as most houses look mid-construction with rebar poking through first floor walls, waiting for additional floors to be built. And rarely was there construction work being done. 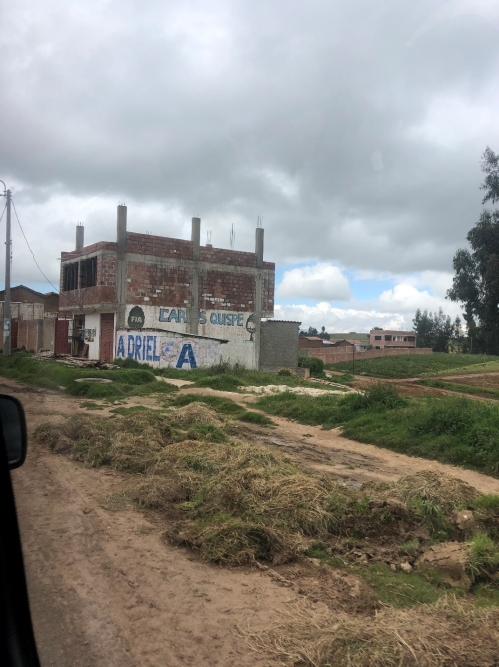 The last decade saw relative economic prosperity and fostered a greater commitment to improve public health (similar dynamic I saw in Colombia last year). In 2009, a universal health insurance law was passed which now effectively covers 80% of Peruvians. There was a significant investment in primary care infrastructure (there are now 1,078 hospitals in Peru) and outreach to rural communities (36% of all births are still outside of hospitals). Half of the population is indigenous and still quite reliant on “traditional” medicines and shamans which is readily apparent given how often one is offered coca tea. It is somewhat unsettling to see hanging in the markets alpaca fetuses which are considered spiritually beneficial. Unfortunately, today it is estimated that the top 20% spend ~4.5x more on healthcare than the bottom 20%. Thus, my concerns as I watched the pandemic unfold (fortunately, Peru still does not have a reported case). Peru is also hosting 860k Venezuelan refugees, per Financial Times estimates, further stressing local healthcare infrastructure.

In 2017, as the Ebola crisis was winding down with “only” 11k deaths and at an estimated $53 billion economic cost, the World Bank developed a novel (controversial?) financing instrument affectionally called “Pandemic Bonds.” Up until that point, there had not been a structure to allow institutional investors to participate in such events. Insurance and the derivative markets are very sophisticated in underwriting most other risks (flood or fire insurance, natural disaster insurance, etc) but had yet to create an instrument for investors to mitigate pandemic risks we see emerging today. Financial instruments are meant to spread risk while rewarding investors who take on those risks.

Technically called the Pandemic Emergency Financing Facility (PEF), the World Bank heralded the creation of these super complex $500 million specialized bonds, as they were 2x oversubscribed. At its essence, the bonds were designed to assist poor countries to finance a response to a healthcare crisis, while offering investors attractive returns. Structured across two-tranches (Class A and B), payouts were based on predetermined mortality rates (number of deaths over certain time frames). Class B investors were paid LIBOR +11.1% but faced complete loss of principal, while Class A investors earned LIBOR +6.5% with losses capped at ~16% of principal.

Naturally with complexity and given the exposure to catastrophic loss of life, there is now controversy as to how these bonds really work. Have enough people died, fast enough? Is this a “qualifying” pandemic? Most analysts expect that the bonds (which do not trade publicly) should start to payout in April 2020, which likely accounts for the rumored discounted private market pricing of $0.64 on the dollar. Obviously, the complexity is bad, but importantly, the returns are actually correlated to broader capital markets. Ideally, these types of financial instruments should be more valuable as the health crisis unfolds, attracting additional capital to support these poorer countries.
The reality is that these pandemic bonds will at most pay approximately $195 million to just the poorest countries, a relative pittance given the overall costs to contain and treat.

Unfortunately, these are also the countries (like Peru) with the weakest healthcare systems, least likely to capture accurate and timely data to even begin to assess the severity of an outbreak. Iran has already run out of hospital beds in the hardest hit northern provinces. The only public health signage I saw all week in Peru was as I was boarding the flight back. This starts to explain the World Bank announcement on March 3 of a $12 billion coronavirus aid package. 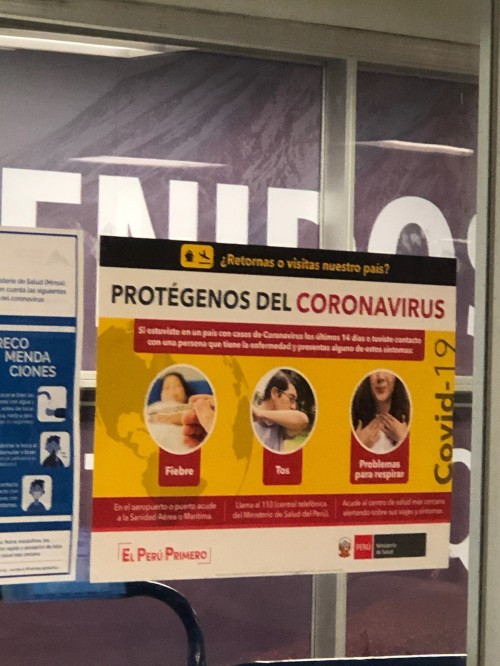 Since early February 150 Chinese companies have issued $34 billion of “coronavirus bonds.” State-owned banks were the principal buyers and at what was deemed to be below market rates, certainly not priced to reflect the true economic risk. These issuances allowed many of these companies to fund accumulating losses associated with the global disruption caused by the epidemic. Chinese exports have already tumbled 17% in the first two months of 2020. For instance, Didi Chuxing (“China’s Uber”) just spent $14.3 million to install plastic sheeting between the driver and passengers in all of its vehicles and in the face of dramatically reduced ride volumes. Passenger car sales fell 80% in February in China, according to Reuters.

3 responses to “Pandemic Bonds and Peru…”