Bet the Jockey…Bet the Horse…and Bet the Track

Earlier this month we announced a new investment in Iora Health, a fascinating company run by an extraordinary entrepreneur transforming an enormous sector of the healthcare economy – primary care. Rushika Fernandopulle (CEO and co-founder) is fundamentally re-architecting how many of us will buy and consume primary care and in so doing, he has created a passionate mission-driven culture throughout the company.

A fundamental premise to this investment is that the US is marching toward a tiered healthcare delivery system, where brand means something and the price of services provided actually corresponds to services received. Providers are no longer being asked to manage just facilities but rather populations, and in so doing, will quickly see the wisdom of investing in wellness and preventive measures to lower overall costs. Healthcare is moving – erratically some might argue – from a B2B transaction model to a B2C model. Some analysts speculate that within five years as many as 100 million Americans may be purchasing healthcare coverage on exchanges, which would place Iora in a fascinating market vortex.

Consistent with this trend, the Department of Health and Human Services (HHS) recently suggested that more than 30% of all Medicare payments by 2016 will be value versus volume based. Furthermore, HHS set a goal that this should be 90% by 2018, creating a great environment for disruptive value-based payment models like Iora’s. In 2014 Medicare fee-for-service payments totaled $362 billion – almost $1 billion each and every day.

Recently the Centers for Medicare and Medicaid Services (CMS) made a series of announcements that underscore its commitment to fundamental healthcare transformation. The most notable one involved the CMS Innovation Center commitment of $840 million to the “Transforming Clinical Practice Initiative” which will encourage 150,000 providers to share best practices. CMS also announced that healthcare costs rose only 3.6% in 2013 in the U.S. to $2.9 trillion, marking the fifth consecutive year of spending increases below 4.0%. Arguably insurance cost-sharing initiatives like expanded deductibles and the proliferation of innovative healthcare technologies are beginning to have an impact on overall healthcare spend. Notwithstanding that relatively good news, many analysts expect the rate of healthcare spend to increase in 2014 and 2015 by as much as 5.6% and 4.9%, respectively, as more than nine million additional Americans gain coverage. Overall healthcare’s share of the U.S. GDP was 17.2% in 2012.

The brilliance of the Iora model is centered around the notion that doing a number of little things right every day will have enormous downstream benefits. We are not talking about sophisticated genomic sequencing or expensive diagnostic imaging but rather simple effective care, based on a patient-centric approach. A better and more diligent focus on basic care such as improving diets (tragically, it is cheaper to eat at McDonalds than to buy a bag of apples – maybe we should more aggressively tax unhealthy foods?).

Not to be lost in the excitement around the innovative healthcare technologies flooding the market today is the fact that when you cut through it all, effective care is provided by one person helping another person sitting directly across from him/her. Rushika understands this to his core, given he is a doctor who has retained the clear sense of mission that initially drew him to medicine – and it is this force of personality that pervades the company now. Arguably, given the complexities and nuances of healthcare, successful VC-backed entrepreneurs in this sector will likely be more experienced, having ideally developed products and/or sold to healthcare customers and/or having some clinical training so they will better understand the “voice of the customer.” Entrepreneurs with such a sense of purpose make it easy to bet on the jockey.

Iora is a special company. Start-up’s that succeed tend to do two things really well: attract killer talent and have customers eager to be in business with them. The company clearly checks both of these boxes. To an individual, the senior team is tremendous – each of the employees undoubtedly could work anywhere they wanted to but are drawn to Iora by the deep sense of mission. The breadth and depth of customers – both existing and in the pipeline about to launch – is unrivaled. This horse was a sure bet.

The primary care category is enormous. And totally broken. VC’s salivate to find markets this large, so ripe to be re-invented. It is quite clear that we have entered a period where patients will act as consumers and will demand healthcare services as simple and effective as those that they receive in banking or retail. We have raised a fund to place a number of bets at this track.

This past summer my daughter and I lived in a Panamanian orphanage for a week and while there we saw a different type of primary care model. The nuns cobbled together broken weight training equipment for rudimentary physical therapy; they resuscitated an old dentist chair and basic equipment to clean the kids’ teeth. Notwithstanding the really tough conditions, these kids appeared well cared for and in quite decent shape. Obviously the nuns are mission-driven and passionate about these kids.

Quick interlude: the orphanage apparently has an international following – while we were there a KLM crew of flight attendants showed up with bags of donated clothing from Holland which is something they bring every time their flight takes them through Panama City – and which is why I now will go out of my way to fly the Royal Dutch Airlines. 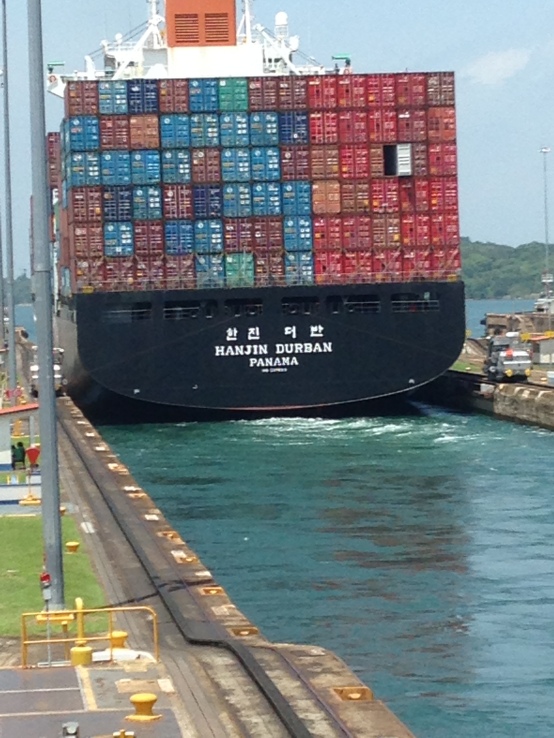 Second interlude: while in country, my daughter and I toured the Panama Canal – what were they thinking over a hundred years ago?!? It is over 80 kilometers long and involved removing over 200 million cubic meters of dirt (if that dirt was put on trains, the trains would circumnavigate the globe over four times). Other fun Canal facts: